You create a project to which you add members and cloud zones so that the project members can deploy their cloud templates to the associated zones.

When you create a new Project , you need to

For each zone, you can set a zone priority and you can limit the amount of resources that the project can use. The possible limits include the number of instances, memory, and CPUs. For vSphere cloud zones only, you can configure storage limits for deployed resources that are based on vSphere VM templates. The storage limits are evaluated with you request deployment and when you make changes using the resize disk, resize boot disk, remove disk, and the update count actions. These storage limits do not apply to other resource types such as AWS, Microsoft Azure, or Google Cloud Platform.

As you add each zone and apply limits, don’t limit the project resources so narrowly that the members cannot deploy their cloud templates .

When your users submit a deployment request, the zones are evaluated to determine which zones have the resources to support the deployment. If more than one zone supports the deployment, then the priority is evaluated and the workload is placed on the one with the higher priority, which is the lowest integer.

Additionally you can define at a project level:

After Creating a project, you have access to the Integration Tab, which exposes the Version Control Servers and Repositories used in the project for cloud templates and Terraform Configuration Files.

Test Configuration
This option validate your configurations, by executing simulated provisioning requests. Based on the provided values, the requests will go through the projects, cloud zones and profiles configurations, however will not make actual provisionings to the cloud account . 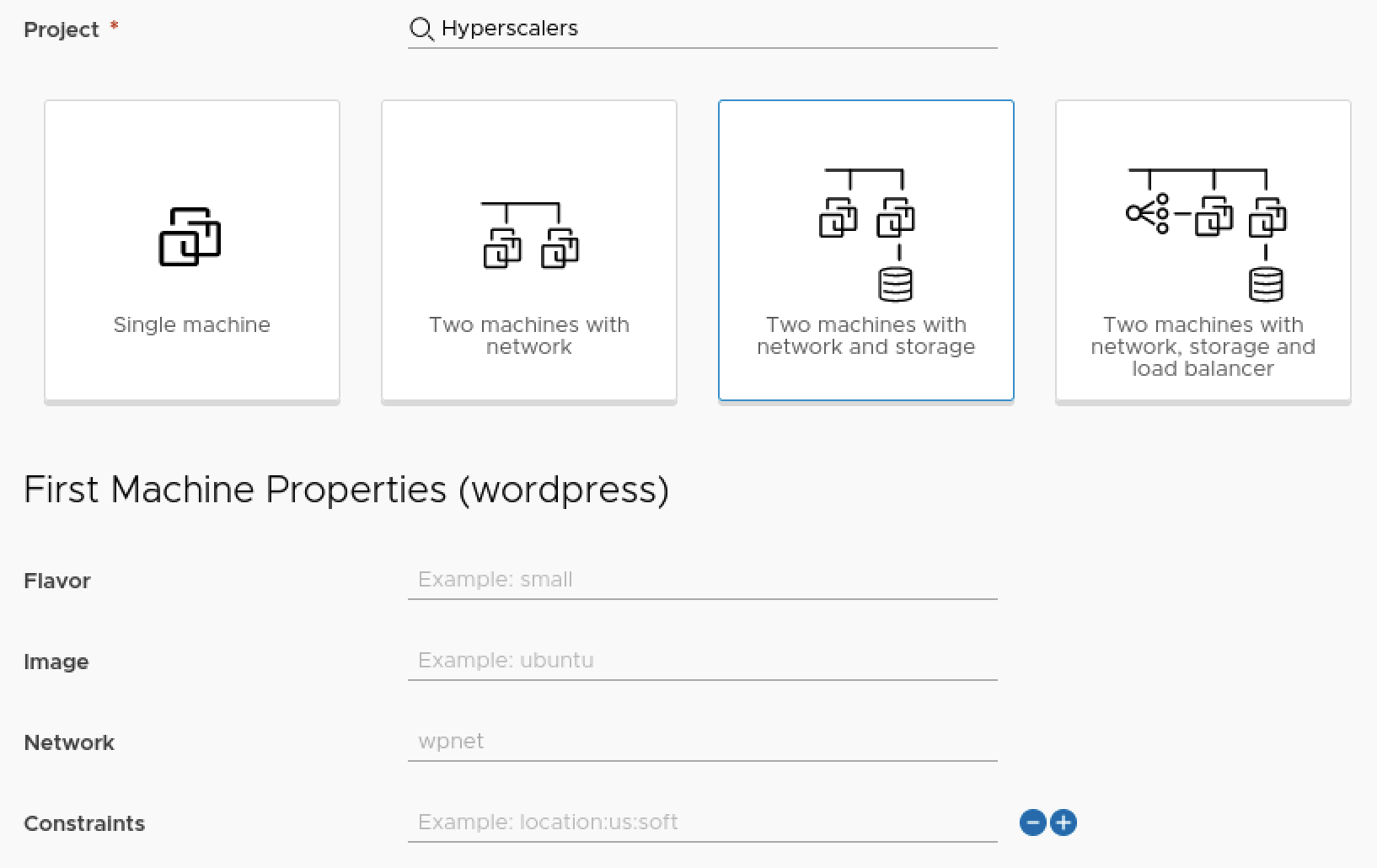